Travel page of The New York Times has voted PhnomPenh of Cambodia is one of 52 attractive destinations in the world that travelers should go to in 2016. This announcement was issued on & January, in which Phnom Penh is ranked 45th.

PhnomPenh is a design renaissance in Cambodia’s capital: “Siem Reap gets the lion’s share of Cambodia’s tourism, but Phnom Penh, the capital, is seeing several design-minded developments. The Sleuk Rith Museum, an archive for Khmer Rouge history and a center for Asian genocide studies, was to open this year but is stalled while it raises funds for its new home designed by Zaha Hadid. The modernist Khmer architecture of Vann Molyvann, a Cambodian architect and student of Le Corbusier, is getting overdue attention, including his 1960s brutalist National Sports Complex, which was added to the 2016 World Monuments Fund Watch List.Khmer Architecture Tours provides student-led tuk-tuk tours of it, and in late 2015 reintroduced its tour of Front du Bassac, another major Molyvann site. This year also sees the opening of the 148-room Rosewood Hotel on the top 14 floors of the Vattanac Capital Tower with views of the Mekong River”

In the list of top 52 places to go in 2016, Southeast Asia region also has two representatives again appeared in the list are Da Lat (Vietnam) at position 45 andUbud (Indonesia) at position 49. 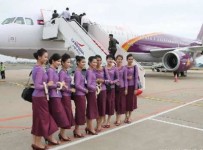 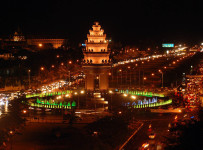 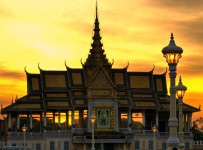